Written by Love it Luxe 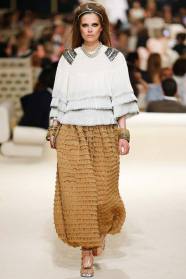 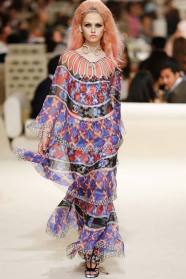 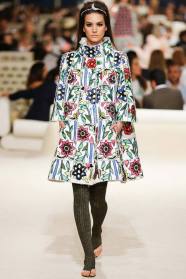 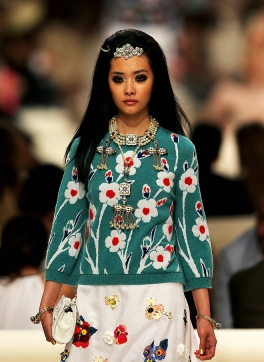 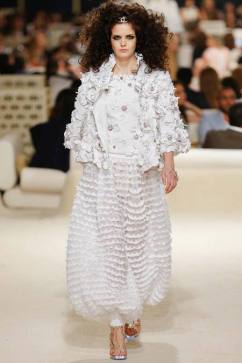 watch an edit of the show at chanel-news.chanel.com

Anyone who has ever been to Dubai knows that everything is done in epic proportions, it is truly surreal with a certain modern decadence.  Having said that, it comes as no surprise that Lagerfeld chose Dubai as the scenery for the Chanel Resort 2014/15 Show.  Perhaps one of the most magical parts of the debut was the locale.  It took place on a private island facing Dubai in a giant rectangular hangar that was built on the sand.

“This was my idea of a romantic, modern orient, a new One Thousand and One Nights”, said Lagerfeld. The show was mystical with a bohemian sense of luxury,  moon shaped headpieces,  unruly ringlets with with smoldering black eyeliner and gold leaf,  exotic prints and flowing silhouettes.   We saw harem pants, tunics, skirts over pants and even hemlines sparkling with the Dubai skyline featuring the Burj Khalifa- the world’s tallest skyscraper.  It was even a little humorous with the gas tank bags that range from small cross bodies to the larger gold version here…